Recent changes in my life have caused me to consider which games are ones that I’ll be able to tackle in a short period, and which games that I can not.

I’d always wanted to donate the Tunnel Hunt to ACAM, but there was so much work to be done to it, and so many parts in disrepair, that given that I do not have a workshop, it was better to let it go to someone who actually might be able to make that happen.

Donkey Kong 3 I’d always thought that I’d restore to a DK Jr, I’ve got most of the stuff for it, but time/energy/effort…it won’t happen for years. I have no love for it, so since I had an offer on it, I let it go to someone who actually HAS love for DK3.

All the things that can go wrong with a game transaction went wrong with this, though – it did nearly NOTHING. When I stuck it away it played, but it wasn’t now. And, as we were going through the game, I could see the reasons why – but I couldn’t fix them, then and there.

Oh, well…on to the next project. One on which I can actually move forward. 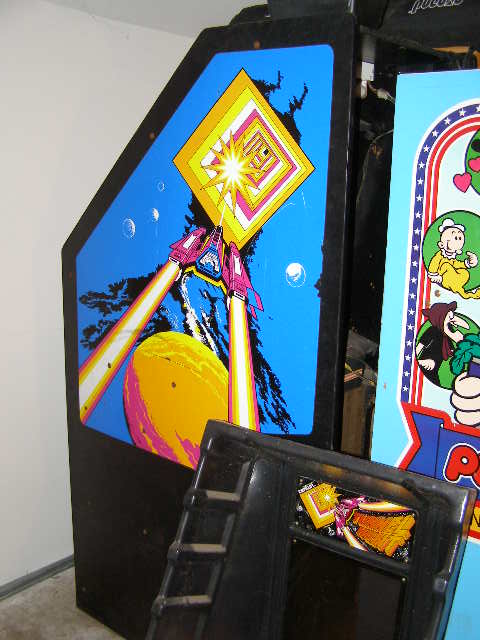 I know it’s a photo of a packed in cab, but it’s the only one I have so far. Currently boots to […]

Like all the other cabinets that I bought in that bulk buy, this is also full of mouse nests. Also the time […]

I popped the EZ I used in D2K in this just to see if it works. With some tweaking it finally came […]