I was finally able to get some time to rout out the parts that needed it. Here’s a picture before I apply the overlay.

And after, with the art and joystick installed.

And finally, a shot of the original CP. I don’t know why they swiss-cheesed it.

Shots of the CP installed on the game when I take them.

There were things I would have done differently, things I should have taken into consideration during it’s process. For example, the joystick is perfectly centered on the control panel. What I didn’t realize at the time was that the joystick frame now sits on the edge of the cab, making it impossible to sit down correctly. Easy enough to fix, I just have to nibble out a tiny bit of the front of the cab so it will sit flush, but I should have noted that before drilling all those holes. I would have installed the joystick just 1/2 an inch higher. Oh well, it still works well.

I played a test game to make sure the controls were still working, and wasn’t hitting the angles like I thought I should. For example, I was trying to go down/right, and went up/right and promptly went over the edge and died. But both my son and my neighbor’s brother played and had no issues, so I guess it’s just me. 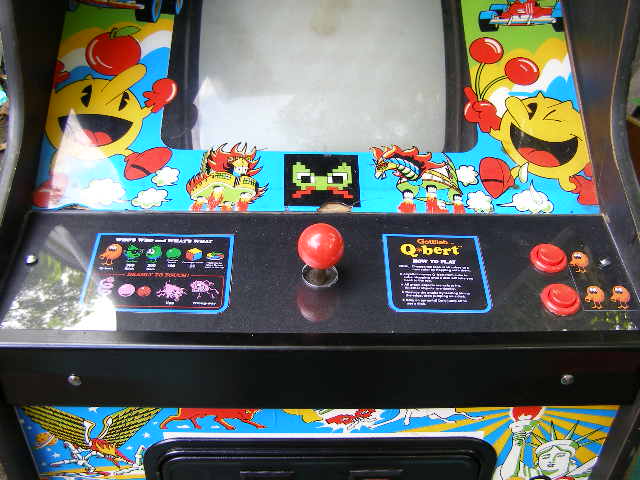 It’s not really finished, but it’s darn close. Reinstalled the coin door and finished the control panel. Sanded the lettering off the […] 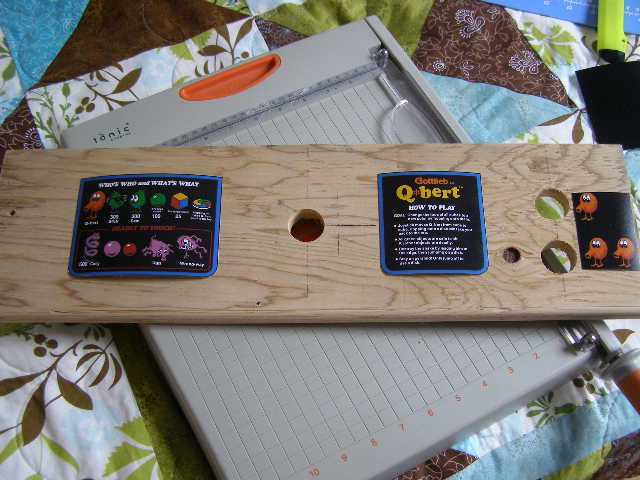 I picked this up about a year ago off Craigslist. Advertised only as “Q-Bert” I thought I was getting the Gottlieb classic. […]