The Golden Tee ’98 PCB has been mounted to the side of the cabinet. Had to get a bit creative with how the wiring was guided around the cabinet, but it works and is clean.

Rigged up a proper trackball harness, that works now. It was rolling REALLY roughly, so I disassembled it. Surprise surprise, it was filled with rust. Considering the barn it was located in was perpetually dank, I’m thankful it wasn’t seized. Much longer and I’m sure it would have been.

While the trackball was out I disassembled the control panel and polished the rust off the mounting bolts, then sprayed them with a clearcoat so they wouldn’t rust again. At least not until the clear gets worn off – and in home use that should be a while.

Installed textured T molding. I was worried I wouldn’t have enough to go on both sides, but with the corner protectors installed, there will be JUST enough! I have to order more now (something I’ve known for months) but at least this cab will be finished.

I’m sure there’s more, but that’s what I can remember. 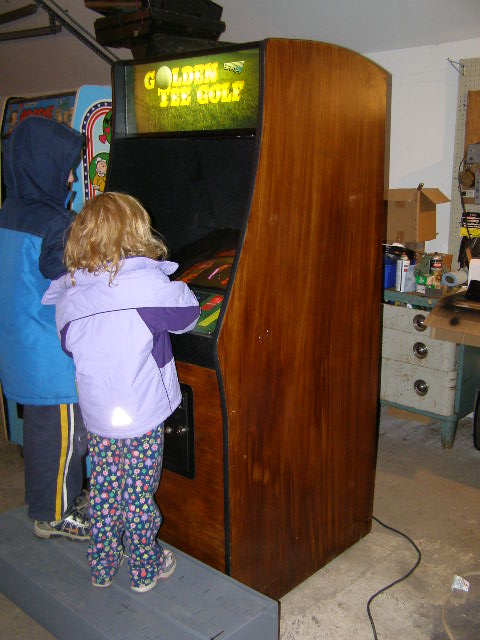 Should have attached it to my last post. I could edit it, but…naaaah…

This cabinet was on the destruction list at the place I used to work (arcade amusement company). Since I hated seeing it […]

Farewell to thee, O Golden Tee. Ten minutes ago it was sold to a man in Deerfield, MA. Godspeed, GT.